Skip to content
To News and Events...
Join us on the 26 May ‘Under the Moon’ for performances about early modern fantastic voyages in the Anglican Cathedral 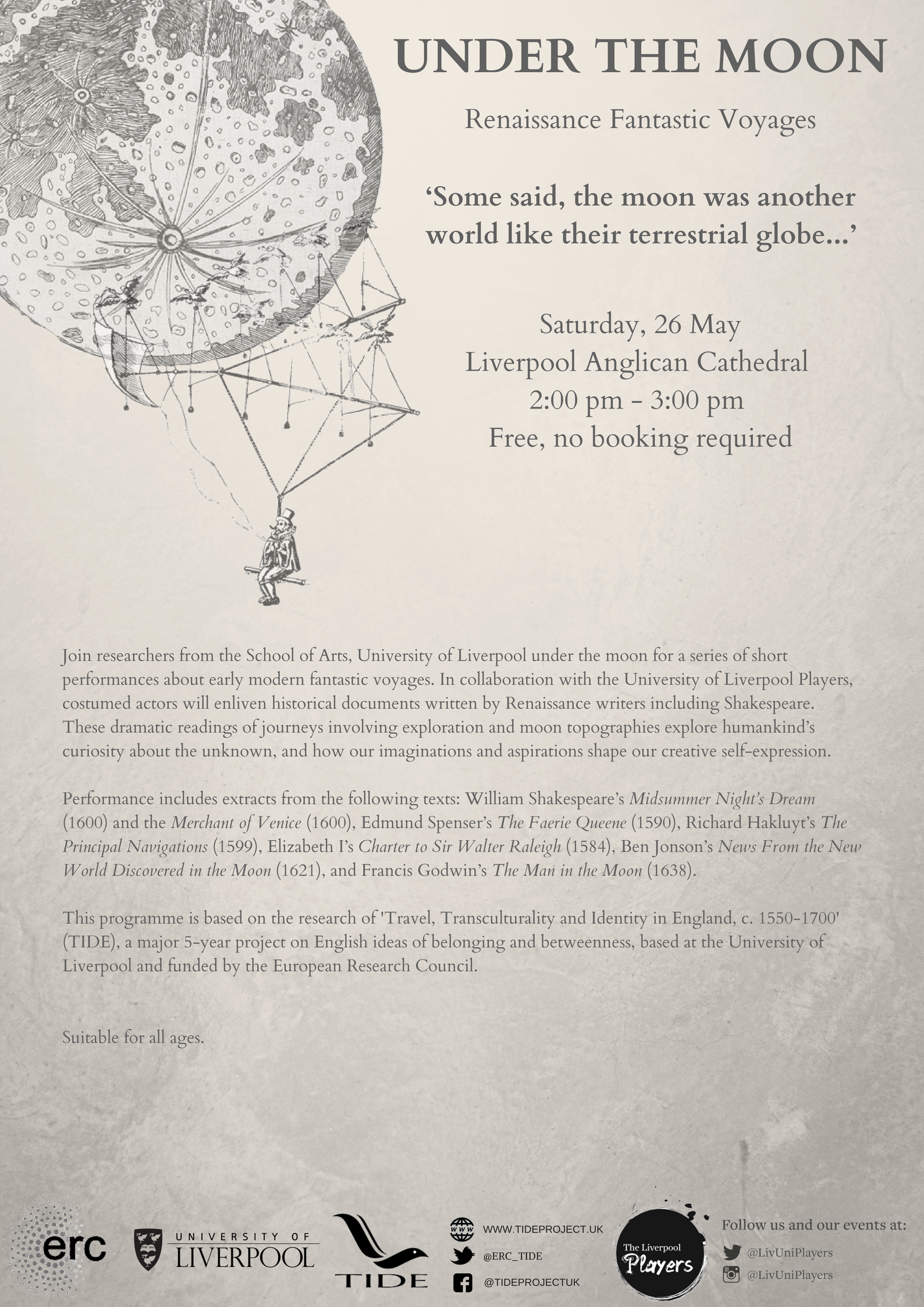 Join researchers from the School of Arts, University of Liverpool under the moon for a series of short performances about early modern fantastic voyages. In collaboration with the University of Liverpool Players, costumed actors will enliven historical documents written by Renaissance writers including Shakespeare. These dramatic readings of journeys involving exploration and moon topographies explore humankind’s curiosity about the unknown, and how our imaginations and aspirations shape our creative self-expression.

Performance includes extracts from the following texts: William Shakespeare’s Midsummer Night’s Dream (1600) and the Merchant of Venice (1600), Edmund Spenser’s The Faerie Queene (1590), Richard Hakluyt’s The Principal Navigations (1599), Elizabeth I’s Charter to Sir Walter Raleigh (1584), Ben Jonson’s News From the New World Discovered in the Moon (1621), and Francis Godwin’s The Man in the Moon (1638).

This programme is based on the research of 'Travel, Transculturality and Identity in England, c. 1550-1700' (TIDE), a major 5-year project on English ideas of belonging and betweenness, based at the University of Liverpool and funded by the European Research Council.

Suitable for all ages.