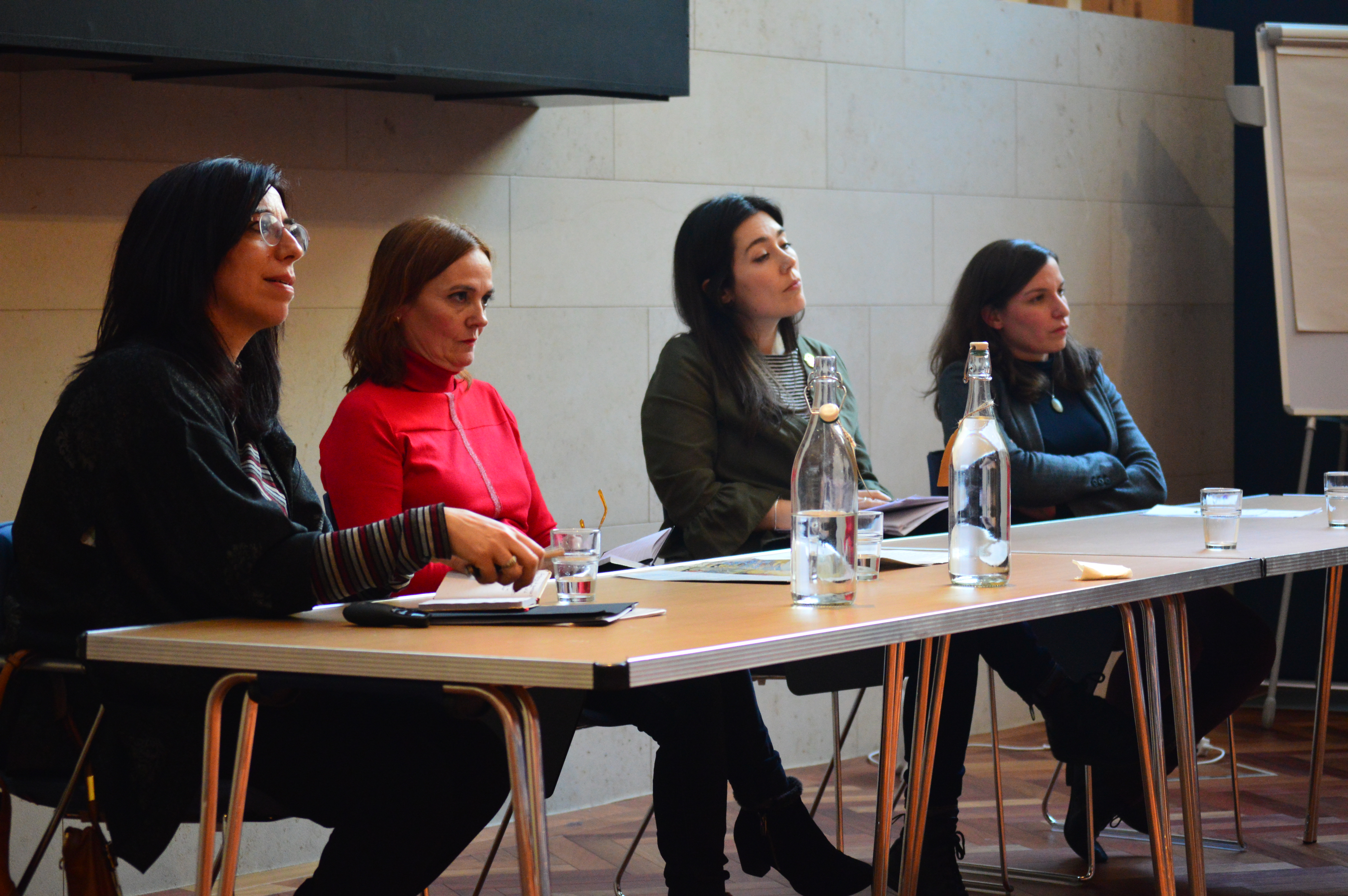 On Thursday 29 January 2020, TIDE held its first seminar of the term with two fascinating papers from Ana Sáez-Hidalgo and Berta Cano Echevarría of the University of Valladolid on Anglo-Iberian Exchanges in the early modern world. Ana’s paper, ‘Robert Persons at El Escorial: A story of textual conversion’, examined the reception of English Catholic and Protestant books in Spain in the sixteenth and early seventeenth centuries. Focusing on the works of the Jesuit Robert Persons and one of his Protestant opponents, Edmond Bunny, the paper highlighted the role of English controversial works in the efforts made by the Inquisition to combat religious heterodoxy in Spain or to prepare the students of the English Colleges based in the Iberian Peninsula to controversies and disputes with Protestant opponents. The study of the circulation and reception of these books, which were an important part of an exile Recusant literary culture, also reveal the dynamism of a different Anglo-Spanish networks formed by merchants, exile Catholics, Protestants who embraced Catholicism, as well as Spanish book collectors. 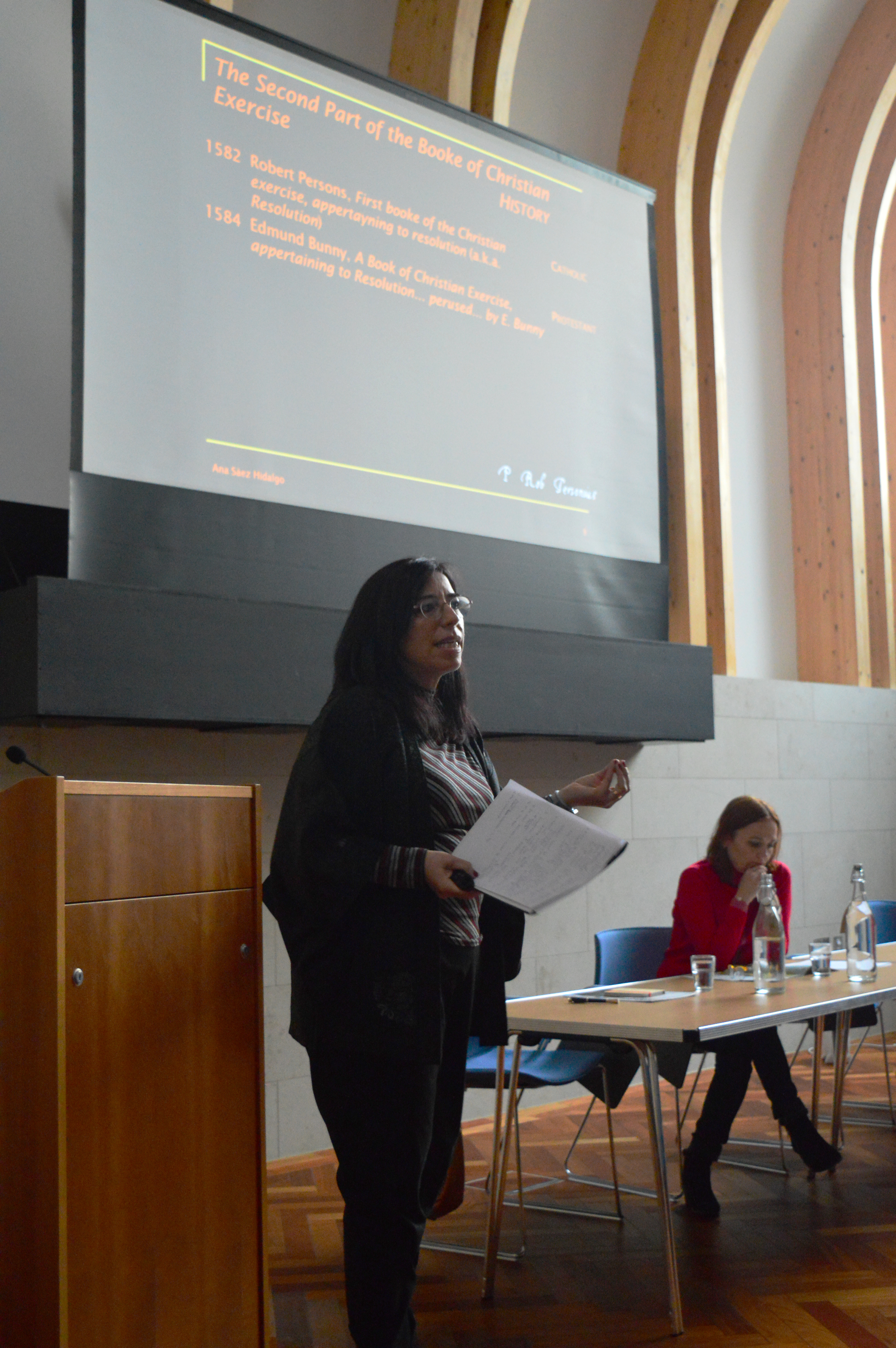 Berta’s paper, entitled, ‘The Construction of English Catholicism in Spain: Fake News or White Legend’, explored the formation of a ‘White Legend’ in Spain which presented the English as secret Catholics who awaited the fall of the Protestant regime. By examining one Spanish account of the martyrdom of Henry Walpole and a romance on the negotiations of the Treaty of London (1604), Berta exposed how Spanish texts on England deliberately manipulated or occulted information to persuade its readers of England’s imminent return to Catholicism and the correct path of the Spanish interactions with England. More than a problem posed by a language barrier or inquisitorial censorship, the lack of information on English affairs was encouraged and exploited by the Spanish authorities and the English Catholic exiles to disseminate distorted news that supported a political narrative which justified the Spanish Crown’s policy vis-à-vis England and its support of English Catholic exiles. 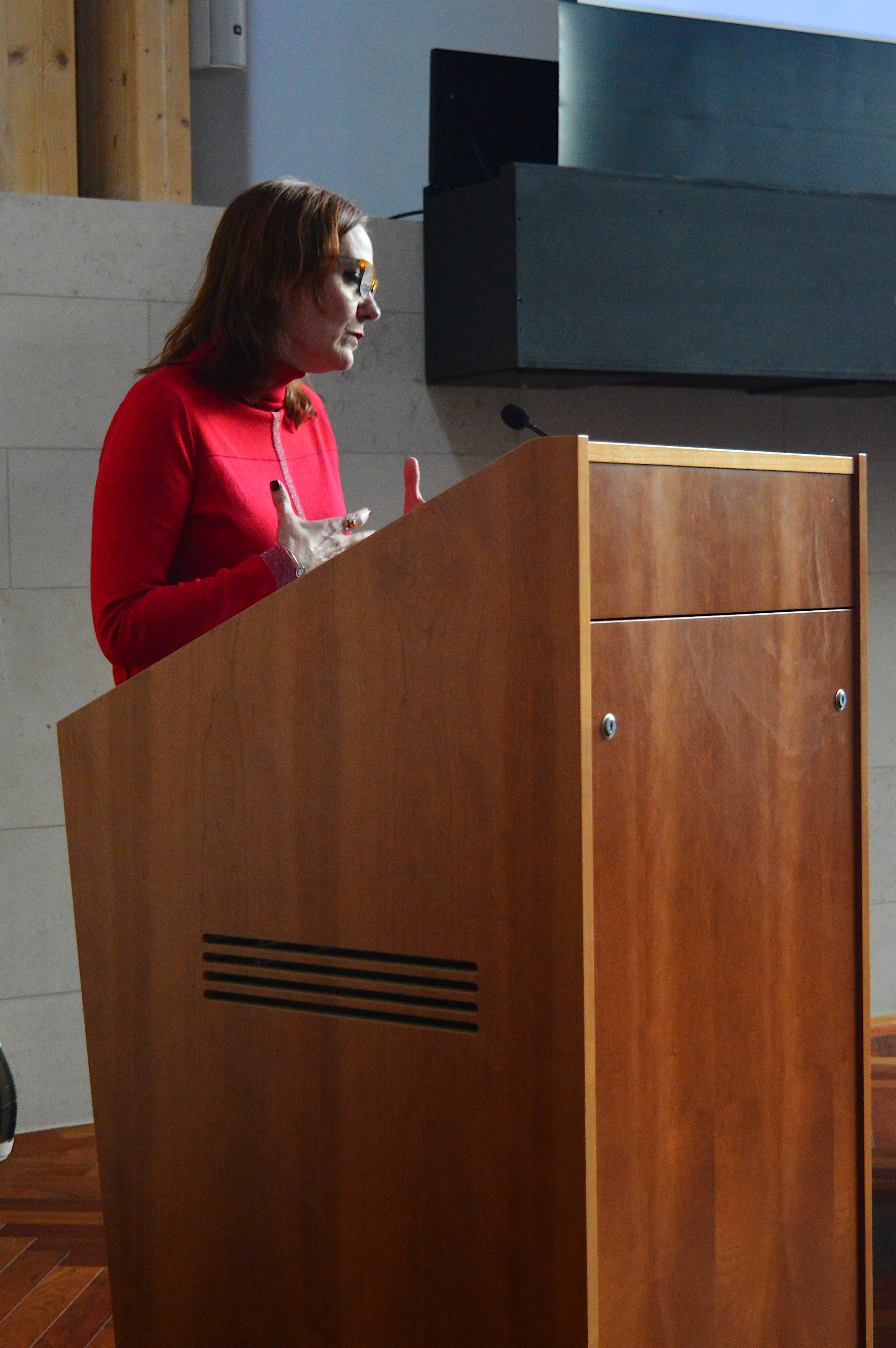 Both papers offered a thorough and insightful historicising of the literatures of the Anglo-Iberian exchange, and we are grateful to Dr Sáez-Hidalgo and Dr Cano Echevarría for sharing their research with us. Thanks also to discussants Dr Cecilia Tarruell of Oriel College, Oxford and Dr Stephanie Cavanaugh of Exeter College, Oxford.