In his Discourse touching the Office of Principal Secretary of Estate, Nicholas Faunt, following his experience of seventeen years as the personal secretary of Sir Francis Walsingham, remarked that the wide range of matters and tasks dealt by secretaries subjected them to a level of ‘cumber and variableness’ that impeded the office of the secretary to be defined by a ‘spetiall methadd and order”’.[1] Secretaries, as well as other bureaucratic figures with different titles but similar functions, acted many times as the overseers of early modern institutions based on complex administrative machineries such as royal governments, merchant companies, universities, or religious bodies. The development of these organisational structures relied on the figure of the secretary or the clerk, who played a pivotal role as the supervisors of different administrative tasks, as well as the flow of information produced and managed by these organisations. The enhanced role of the secretary was particularly visible in diplomatic affairs. The increasing intensification and formalisation of diplomatic relations saw the emergence of a professional diplomatic corps which required the support of a group of highly specialised bureaucrats to coordinate the tasks, personnel and information (letters, reports, and dispatches) related to the resident embassies and special missions abroad.[2]

As in the case of the ambassador or the envoy, the secretary was an oratore or a messenger, someone who had the responsibility of mediating or supervising the communication between his master or prince and other actors. The production, analysis and management of information was the main task of the secretary. Most early modern treatises on secretaryship described secretaries as facilitators of communication and cultivated servants who, through their humanist education and mastery of rhetoric, guided the prince or their masters in their correspondence with others. Their function was, as the Italian secretary Vicenzo Gramigna observed in his Il segretario dialogo, to be a ‘pen-speaker’ (dicitor di penna) who was also an ‘executor of the will of others’.[3] Probably influenced by this image of the secretary, Thomas Dekker, in his News from Hell, wrote that the Gunner of Gehenna used ‘the Artillerie of his Secretarie penne’.[4]

Although a cultivated servant who was ‘at the pleasure and appointment of another to be commanded’, the secretary, as Angel Day highlighted in The English Secretary (1599), enjoyed a special status due the sensitivity of the information to which he had access. In Day’s words, the secretary was as ‘a keeper or conserver of the secret unto him committed’. Indeed, the term ‘secretary’ derives from ‘secret’ or ‘secrecy’, more precisely from the secretum – special chamber place where it was both possible to write and store secret confidential information.[5] The office of the secretary was therefore one related to the management and production of confidential information.[6] Nicholas Faunt, who worked as a spy for Walsingham in Germany, France and Northern Italy during the 1580s[7], considered that ‘secrecie and faithfulnes’ were the quintessential qualities of a secretary which made him an important element not only to manage the businesses of his master, but also to obtain or discover new secrets, operating almost as a spy who ‘conferre with secrett intelligencers both strangers and others’. This link between secrecy and secretaryship allowed the secretary to enjoy a privileged intimidate relation with his master, one that Day believed that was 'more speciall then that between the sonne and the father'.[8] That assumption was common enough knowledge that some years before Day’s observations, Robert Greene could refer passingly to the unique intimate bound between secretaries and their master in his popular prose romance, Mamilia (1583). While describing his protagonist Pharicles’ passion for Mamilia, Greene emphasized that as ‘his fire was the more, his flame was the greater, and not being able so well to rule his lust’, Pharicles had no option than to hide his feelings and ‘used himself for a secretarie, with whome to participate his passions, knowing that it were a poynt of meere folly to trust a friend in love’.[9]

The secretary was not a mere household servant or bureaucrat. His access to confidential information granted him a special status. This special bound between the secretary and his master, as John Higgins reminded, was not based on friendship but on necessity, political calculation and trust: ‘It spites my heart to heare when noble men/ Cannot disclose their secrets to their frend,/ In savegard sure, with paper, inke, and pen,/ But first they must a secretary find,/ To whom they shew the bottome of their mind:/ And be he false or true, a blab or close,/ To him they must their counsaile needs disclose’.[10] The access to sensitive documents on diplomatic, commercial or political affairs allowed secretaries and other bureaucrats to use the information they produced and managed to their own advantage. Many shared secrets with relevant or influential political actors in exchange for friendship, more information or political and social benefits. William Trumbull obtained several confidential letters, reports and dispatches from John Beaulieu, James I’s French Secretary, and John Castle, who served as Deputy Clerk of the Privy Seal before 1620 and as full clerk between 1620 and 1623.[11]

Despite being linked to the secretum, the secretary’s main function was to mediate public transactions and manage the information produced by them.[12] As mediators between their employers and the external world, secretaries were often confronted with a series of issues that required a detailed knowledge of legal, administrative, financial, ecclesiastical and mercantile affairs which would allow them to navigate through complex matters, as well as inform the decisions of their employers.[13] The multiple functions trusted to a secretary required an expertise and skills that were only possible through a privileged university education and humanist training. In fact, several treatises on secretaryship often depicted the secretary as a member of a restricted elite of scholars and bureaucrats recruited from universities and courtly milieu. For many graduates of Oxford, Cambridge or the Inns of Court, secretaryship was often a stepping stone to prestigious posts in the royal administration or in the diplomatic corps. In February 1609, the London gossip John Chamberlain wrote to Dudley Carleton that the poet John Donne, who was still seeking professional preferment after the damage of his secret marriage to Anne More in 1601, ‘seekes to be preferred to be secretarie of Virginia’.[14]

Donne was unsuccessful, but those who did succeed in becoming secretaries tended to progress in the royal administration or obtain ambassadorial posts. Robert Devereux, the second Earl of Essex, employed a young well-educated and well-travelled Henry Wotton in 1594, after the future English ambassador at Venice returned from a long Grand Tour of the continent which allowed him to add to his scholarly credit obtained in Oxford the reputation of a ‘great language traveler’.[15] Another example is that of Edward Barton, the secretary of William Harborne, the first English ambassador to the Ottoman court. In order to control the correspondence between the Sublime Porte and London, Barton decided to learn Turkish and rapidly became a crucial element for both Ottoman and English. As he became aware of the subtleties of Ottoman bureaucracy and letter-writing, Barton was able to influence Elizabeth I and her state secretaries to change the style, format and rhetoric of their letters to guarantee a favourable reception from the sultan. His ability to speak Turk also made him a respected figure at the Ottoman court, and granted him access to different courtly factions and sectors of the local administrative machinery. Responsible for securing a steady flow of communication between London and Istanbul, which often involved sensible information on English domestic and diplomatic affairs, Barton developed a complex cypher system which caused William Cecil to complaint that the letters sent by the English embassy at Istanbul took too long to decipher. Barton’s linguistic skills and his ability to obtain and guard secrets were behind Elizabeth’s decision to appoint Barton as Harborne’s successor in 1583.[16]

In 1619, John Pory, who had worked as an assistant to the geographical compiler Richard Hakluyt, arrived in Virginia to become secretary in Jamestown. Pory felt disoriented in this new territory, remarking on the ‘uncouthnes of this place, compared with those partes of Christendome or Turky where I had bene’.[17] Though ‘those of our nation [as well as] the Indians’ were suffering from ‘this Torride sommer’, Pory looked forward to stepping into the duties of his role: ‘I am, for faulte of a better, Secretary of Estate, the first that ever was chosen and appointed by Commission from the Counsell and Company in England’.[18] As secretary, Pory served as speaker in the General Assembly of 1619, which was the first English elected representative assembly to be held in America.

The cases of Barton, Wotton or Faunt reveal not only the importance of secretaries and other bureaucrats to the development of the early modern diplomatic and administrative systems, but also the production and circulation of specific forms of knowledge, and their role in transmitting English systems and institutions in new territories. Their function as scribes, messengers, intelligencers and keepers of secrets made them knowledge-gathered and indispensable intermediaries between rulers. Their education, humanist training, travels and accumulate experience in different bureaucratic, scholarly or even espionage roles allowed them to be privileged go-betweens and experts with the capacity to shape the course of diplomatic exchanges. 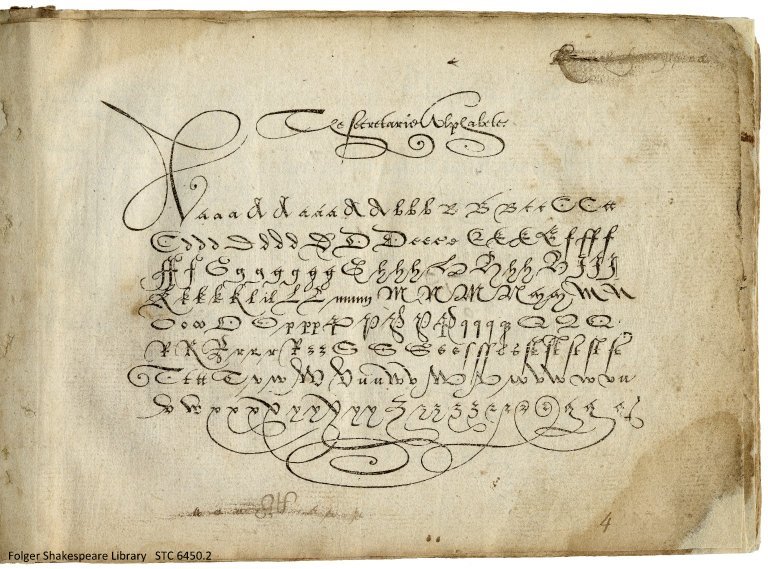 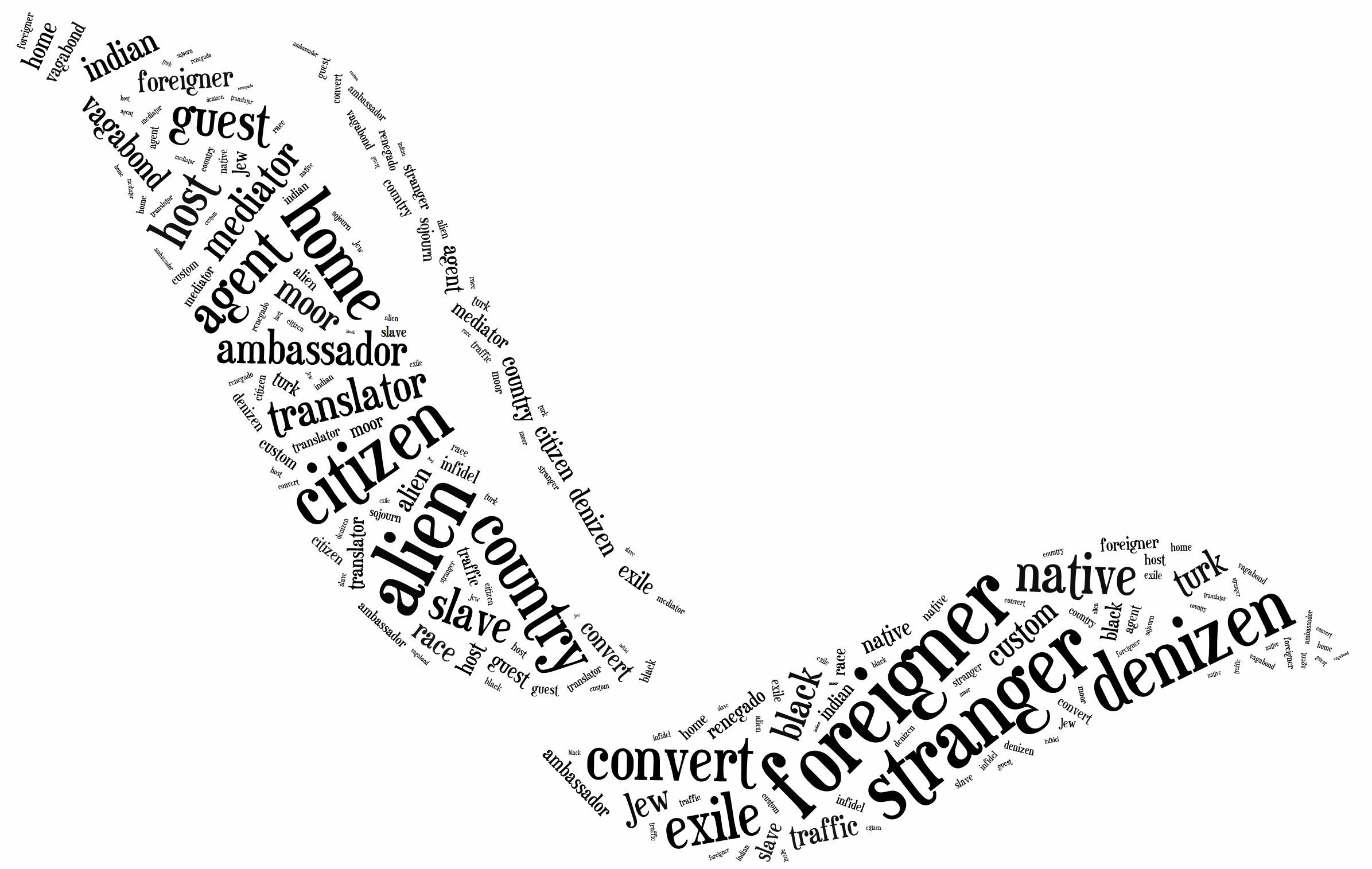 Usage Examples
'It spites my heart to heare when noble men/ Cannot disclose their secrets to their frend,/ In savegard sure, with paper, inke, and pen,/ But first they must a secretary find,/ To whom they shew the bottome of their mind:/ And be he false or true, a blab or close,/ To him they must their counsaile needs disclose'