Skip to content
To the TIDE Blog...
What’s in an unsent letter? Strenysham Master and Perceptions of South Asian Religious Diversity in the Seventeenth Century 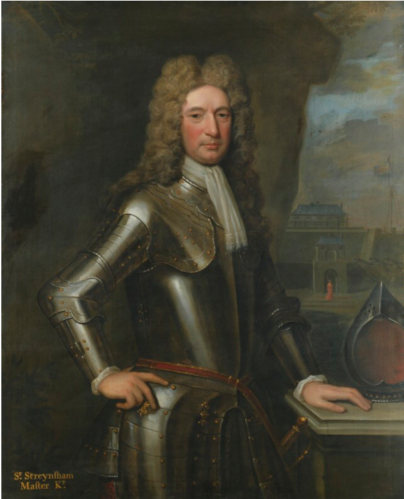 ‘When I was in England with you it was your great fear and my doubt that the English as well as other Christians in these Parts, did not live agreeable to any Rule of Religion.’[1] This is the opening line to an undated and unsent letter by East India Company employee Strenysham Master. Indeed, Masters was highlighting a common concern shared by many who had left England to travel abroad in this period. Whether the reason for travel was in the interest of commercial, military, and national service, or just personal, it had long been perceived as being a spiritually and temporally corrupting influence on the individual. Master himself was no stranger to these concerns, reassuring the recipient of his letter that he would ‘not forget God’ on his travels.[2] Away from safety English society travellers, of all stripes, were exposed to a variety of people whose faith, culture and governmental sensibilities differed from those they had left in England.

The interactions and cultural exposure facilitated bytravel divided the opinion of many early modern English commentators who saw it as both socially educational and culturally dangerous. This lead to some arguing in favour of travel such as Sir Thomas Bodley. Whilst reasoning his journey to Switzerland, Bodley argued that what could be learnt from it was in ‘publique service of the State.’[3] Others, such as the sixteenth century theologian, Thomas Holland believed that there were many ‘great abuses by travaile’ and that ‘by it many corruptions have crept into florishing nations.’[4] From the opening line of Masters letter, it could be assumed that almost eighty years later, English commercial and territorial expansion into religiously cosmopolitan environments in India had done little to support Bodley’s assertion or dispel Holland’s fears of corruption.

However, across 20 pages, Master’s letter, traces a journey away from this misconception of Indian religious life and politics and the fear it would harmfully influence the naïve English traveller, to one of reluctant admiration for Indian people’s faith, and their religious governance. In line with Bodley’s comment, Master’s letters highlight how some early modern’s not only believed that travel was intellectually stimulating , making it possible to learn about other cultures, faiths, laws and languages, but also how this experience could inform one’s own governmental practices. Master, like many other EIC personnel who went to India, dismissed his initial concerns over the influence that local religious interaction on English employees. Instead criticising the religious governance of the company for not encouraging English employees to mirror the pious lives of the Indian people.

It had long been a key aim of EIC officials to regulate the lives and interactions of English employees with local Indian people, thereby ensuring that their behaviour did not negatively affect the commercial mission of the company. Masters believed that it was only when Christians mirrored the local devotion of Indians to their faith, thereby forming ‘emulation between the Indians & us’ that the English would live godly lives and the EIC’s commercial mission would succeed.[5] Moreover, the letter shares recurring theme with other correspondences of EIC officials, which highlighted the difficulties, the EIC faced had in regulating the behaviour of not only English people, but also Indian peoples.