Between 23 April and 5 May, TIDE welcomed Fred D’Aguiar as the first TIDE visiting writer. Poet, novelist and playwright Fred D'Aguiar was born in London in 1960 to Guyanese parents. He lived in Guyana until he was 12, and returned to England in 1972. He is currently Professor of English at UCLA.

His two first collections of poetry, Mama Dot (1985) and Airy Hall (1989) were published to much acclaim and won the Guyana Poetry Prize in 1989. Continental Shelf (2009), a U.K. Poetry Book Society Choice, was shortlisted for the UK’s T.S. Eliot Prize in 2009. His first novel, The Longest Memory (1994) won both the David Higham Prize for Fiction and the Whitbread First Novel Award, and was made into a film by Channel 4 (UK). His play, A Jamaican Airman Foresees His Death, was performed at the Royal Court Theatre (London) in 1991. Days and Nights in Bedlam, a radio play commissioned by BBC Radio 3, was broadcast and webcast in October 2005. Recently, he has published his seventh poetry collection, Rose of Toulouse (2013), and Children of Paradise (2014), a novel on the Jonestown killings.

During his residency in Liverpool, Fred took part in several activities organised by TIDE and the Centre for New and International Writing (University of Liverpool), including a public reading of his poems as part of the Miriam Allott series, a graduate masterclass, a creative writing workshop (in collaboration with the community organisation, Writing on the Wall), and a talk held at the London Review Bookshop with the historian, Catherine Fletcher (Swansea University), historian and broadcaster, David Olusoga, and TIDE Director, Nandini Das (University of Liverpool). Throughout his two weeks in Liverpool, Fred worked closely with TIDE’s research team, attended research meetings and seminars, and responded to the research material the TIDE team are currently collecting and analysing about the status of Africans in early modern England. Fred’s collaborative work with TIDE will result in the production of new writing in response to the team’s research. 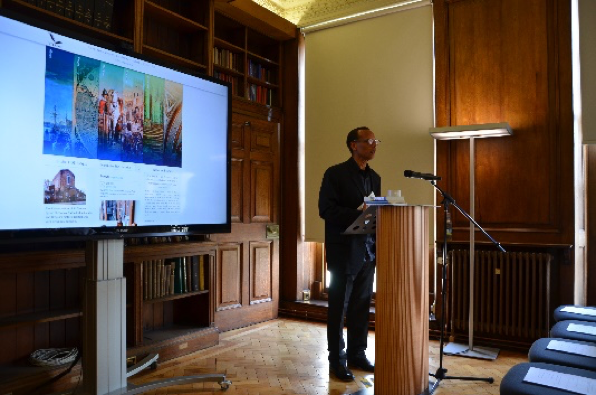 To celebrate and mark the presence of our first Visiting Writer, TIDE interviewed Fred on his collaboration with TIDE, and the influence of history, transculturality, and mobility in his writing.

What are your impressions of TIDE and your time in Liverpool?

TIDE is a part of an old and venerable Northern institution, the University of Liverpool. If you think of universities outside London when you head up the M1, Liverpool is there, together with Newcastle, Manchester, and so on. And it is a coastal city in which, historically, I have always been interested because of the trade. It was one of the most important ports. And I was also interested because in the early 1980s, when we had all the rioting, if people had to name three cities, they would say the Brixton riots, and then they might say Toxteth, and then they might mention Bristol’s St. Paul’s. People would name Liverpool because the Toxteth uprisings were a signal that there was a black community that had the critical mass of numbers to stage a riot to be noticed. And then we realised that something was going on outside London in terms of a black presence because of that disturbance. So Liverpool has been there as a historical and cultural centre with a presence and significance for me.

I study TIDE because the project has two roles. The first is an institutional one, in that TIDE is a project within the university system of research and recovery. The second role seems to be a communal one, which is something I have been trying to do in my residency, by addressing those in forwards and backwards currents between the university and the community, particularly in terms of what TIDE has uncovered about black presences in Britain that predate the Atlantic trade. Within the community, things like the writing workshop that we did, (which I feel put people in touch with that early history), are really necessary. Also, you have a group of historians of different backgrounds and expertise, present in an English Department, another important crosscurrent. I think this is deeply inter-disciplinary in a really healthy way, because departments talk about cross-disciplinary practices, but it is very hard to make it a reality. My impressions are of a firm and memorable project with the capability of making waves academically and leaving a lasting imprint within the academy and in the community. 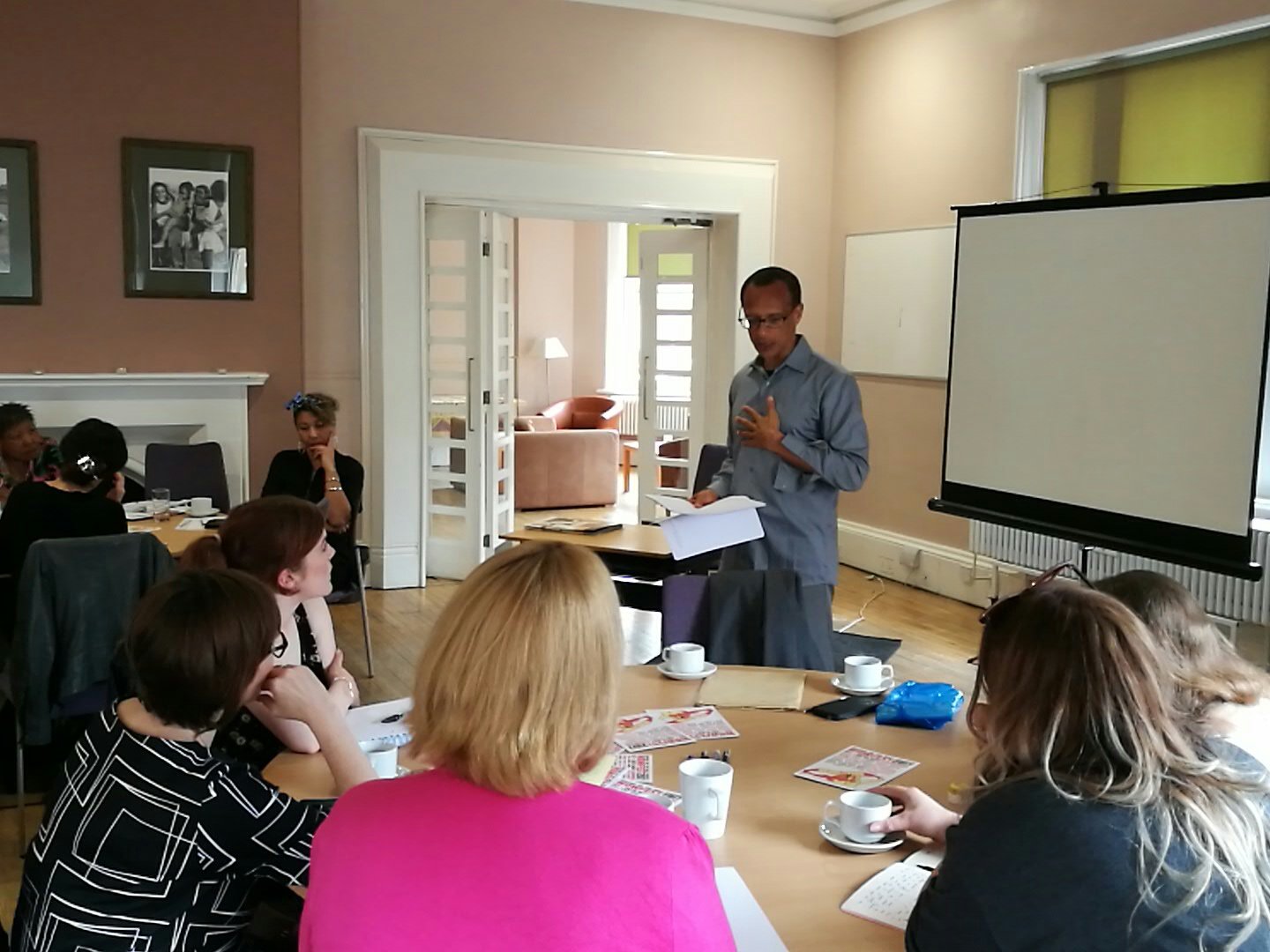 How did mobility and transculturality influence you as a writer?

Black Britishness is inherently transnational. If you look at a black presence in Britain, you then have to research the journeys made to the UK, and then it is interracial, because blacks married whites, there were christenings, births and deaths in church records. Diaries, such as the one kept by Pepys, mention black people as courtiers, and there are many narratives told through intermediaries or self authored (written by himself, herself) etcetera. So many sources, in fact, that you soon realise how interpretations of blackness become crucial to our understanding of a black presence on the island. So recovery is both a task of a cataloguing of blacks (who were they? Where were they? What did they do? How did they get here?) alongside questions about who helped them and who interpreted their behaviour and made it possible for them to live or not live.

I grew up in the Caribbean, I have a grandfather from Madeira, and these things are very interesting to me as cultural and geographical markers. I like the in-between-ness caused by mobility. It is very fertile ground for a writer. I think if you have a certain landscape, as I do with the US – same threshold relationship, of being there, but not quite there – you have this ‘in-between-ness’, this pivot between these places, where you make something that is quite fertile. It’s not just about building bridges between them; there is another territory that is created and imagined by virtue of this pivot. So I like that in-between-ness, and I like that threshold culture of moving from one place to another as something unresolved, in perpetual motion. What you carry, what you learn and pick up when you arrive, how you belong or do not belong, seems to be a continuous dance of being human. I am glad to have a third landscape. Before the US came into the picture, the Caribbean/UK nexus was a bit of a binary, (between Guyana and the UK). As a writer, I was not satisfied with it because there was always a third place, that I imagined, that could break that binary. And now, with the US, I have a geographical third space, and I am more contented with a trinity, not quite happy as a clam, but in awe of a rich complication of territories. It brings with it another tension, more nuances, another listening ear.

Your poetry and novels are inspired by historical events. How do you engage with historiographical works and materials from the past?

There is an essay by Toni Morrison,‘The Site of Memory’, in which she talks about the need to write the interior lives of people whose presences were sketched out too thinly, and so while their humanity is absent in the sketch, that same humanity is present in the stuff you do as a writer when you imagine a biography for them. Morrison’s essay, is about imagination and vision. For me, in the creative writing exercises at our workshop, I want people to really try to imagine some life for the people they are looking at as statistics, fragments, imagine an interiority for them, which amounts to the beginnings of a full life. As a writer, you jump across the divide between you and the material you recover or find. The act of recovery is not just pulling out a name, a date, a quotation or a location. It is really about a missing biography that you have to see, presume, imagine, and then envision on their behalf, because that fragment is all those badly represented subjects left as evidence that they were alive. For a writer that fragment becomes fertile territory. A second useful book, which compliments the Morrison essay is Simon Schama’s book, Dead Certainties. When facts end and you need to know more, how much can you imagine as a way to get from one piece of evidence to another? What is probable and likely is based on what you know. You can imagine a trajectory for that information on behalf of the character, because something is missing between two events. The act of imagination is to write a logical course for the person. But there is a kind of truth that researchers have to obey, which writers don’t have to be loyal to in order to function legitimately. Writers tend to take liberties with fragmentary evidence partly because we see our own location as a conversation with that fragmented information. 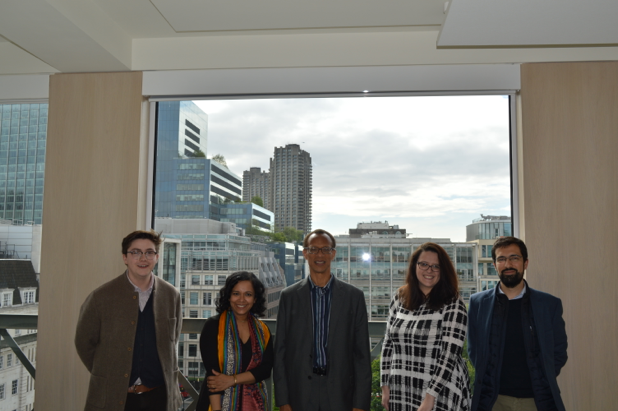 How do you think your work with TIDE will evolve?

I quite liked the creative writing workshop we did with Writing on the Wall. Many of the people who were there had never seen that material before, and I really liked some of their responses to the material. First of all we all arrive at the workshop with different expertise – PhDs, people currently studying for PhDs, people who left school early, poets, memorialists, novelists, people who write short stories, everybody was in the room. The great unifier of difference is vulnerability, so I thought the early material was good for them, because it was very unlikely that anybody would have seen it. It made people think ‘wow this way back, it is not something recent’, so that gave people a chance to respond in any form they wanted. It felt like a place where they could play with their imagination and take their chances, because everybody else was doing the same thing.

I want to see what everybody wrote and build something from there. It is unusual to have multiple responses to this type of material from the community, from different walks of life. And of course, I am going to think about what I wrote, what they are writing, and see what can be developed from there. And I will write something about the Slavery Museum and the May Day march which I found really a wonderful thing to do. I can see some parts to what I am going to do, and I am thinking about those parts, and this notion about academia and the community in some sort of dialogue.

I am fascinated by this early period in English history, a time in which gaps abound and where tracks lead back to Roman times. I would love to see a museum exhibition that really acknowledges black presences in Britain before the slave trade and its horrors, something before the de-humanisation of the process of slavery, something of human exchange, possibly assimilation as well. I think that it is important for school kids to see something of themselves that predate painful bondage. That’s one thing I took away from TIDE. That kind of presence, a human presence, before de-humanising slavery became dominant. The conversation with the present where groups want to claim space as theirs and exclude others, makes that early history a crucial one of perpetual cross currents, comings and goings and complex facets to acts of belonging.