Skip to content
To the TIDE Blog...
The Merits of Civility | 5 July 2019 | Waterstones Piccadilly 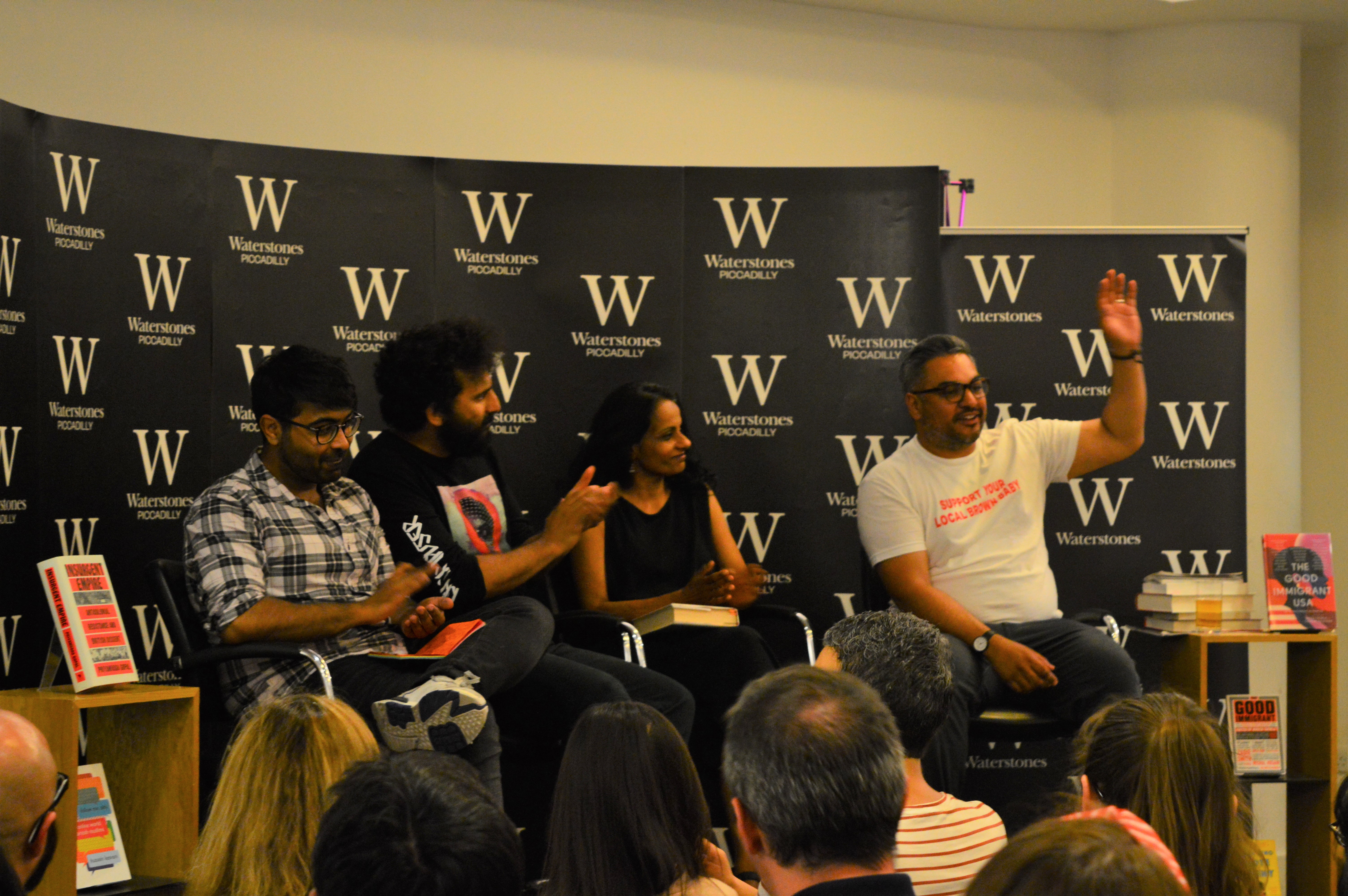 Last Friday, TIDE visiting writer Nikesh Shukla sat down with Priyamvada Gopal, Reader in Anglophone and Related Literatures in the Faculty of English at the University of Cambridge, Nish Kumar, a critically acclaimed comic, and journalist, editor, and producer Hussein Kesvani for a conversation about anger, social media, and the place of humour in public debate.

In today’s highly-charged political climate, fruitful conversations about identity and the notion of ‘Britishness’ are often impeded by accusations of ‘uncivil’ or indecorous behaviour. The idea that ‘reasoned’ debate should be free from passion or emotion goes back to Greco-Roman political theory and is grounded in our ideas of civic participation, but such allegations can also become a means of divesting people of the authority to speak. Over the course of the evening, the panellists explored these issues through questions of voice. Who has a right to express themselves, who are prevented from doing so, and how can the subversive nature of comedy instigate change?

Does the internet encourage civil debate, or do different online platforms merely foster hate speech and division? Sites like Twitter can operate as a form of resistance or add new voices to political debate, but such platforms also give rise to accusations and threats that shut down debate. ‘Civility,’ Kesvani commented, ‘has been weaponised by those who don’t like what they hear’. Kumar considered the fine line between political comedy and politics, where navigating jokes about contentious topics can be both empowering and difficult to manage when taken out of context. Kumar, Shukla, and Kesvani discussed how BME communities, particularly young Muslims, have used social media to navigate their identities while also contending with the experience of racism.

Shukla’s ongoing conversations with TIDE brought historical ideas around civility into the conversation. Does civility - a concept that became deeply imbedded in English ideas of authority and belonging in the sixteenth and seventeenth-centuries, at a time when the English began to view themselves as an imperial power for the first time - foster or hinder conversations between those of different countries, faiths, or political affiliations? Hosted the day after TIDE and The Runnymede Trust presented their report on ‘Teaching Migration, Belonging and Empire in Secondary Schools’ in Parliament, the evening’s discussions around civility go to the heart of questions about how the English ‘national’ story is constructed and conveyed.

Reading from her book, Insurgent Empire, Gopal spoke of the value of the historic ‘archive of resistance’ to English colonialism and its implications for British identity today. The long history of resistance to imperial domination - not ‘retrospective anticolonial critique’ but the active pressure on dominant structures that is present through time - serve as a reminder that the freedom and agency of individuals and invaded peoples have long relied on public debate and the relentless questioning of national stories.

While the language of incivility as a form of slander has long been present in English writing, so too has been an admission, however begrudging, of cultural relativism and of the value of learning through interaction with those who adhere to different ways of seeing and understanding the world. One of TIDE’s largest project outputs, the open-access Keywords, is a collection of essays that probe the contentious political, legal, and religious terms around cultural difference in the early modern era. As these demonstrate, conversations about race and identity have never been one-sided. Labelling another ‘savage’ or ‘barbarous’ was often a means of ostracizing others, but alternate voices have long destabilized the authority of dominant narratives, and are present when you look for them. Whilst in Mughal India, the Englishman Edward Terry narrated an episode in which an inebriated cook in the service of the English ambassador attempted to assault the governor of Surat’s brother. Though the cook called him a ‘heathen dog’, the Mughal ‘replied civilly’ to the abuse, leading Terry to question English notions of Christian civility: ‘who was the Heathen dog at this time...the debaucht drunken Cook who call'd himself a Christian, or that sober and temperate Mahometan who was thus affronted?’ In the later account of his travels through the Ottoman Empire, Henry Blount also viewed ideas of civility as less fixed: although ‘the Turkish way appeare absolutely barbarous’ it was in fact ‘another kind of civilitie...different from ours’. 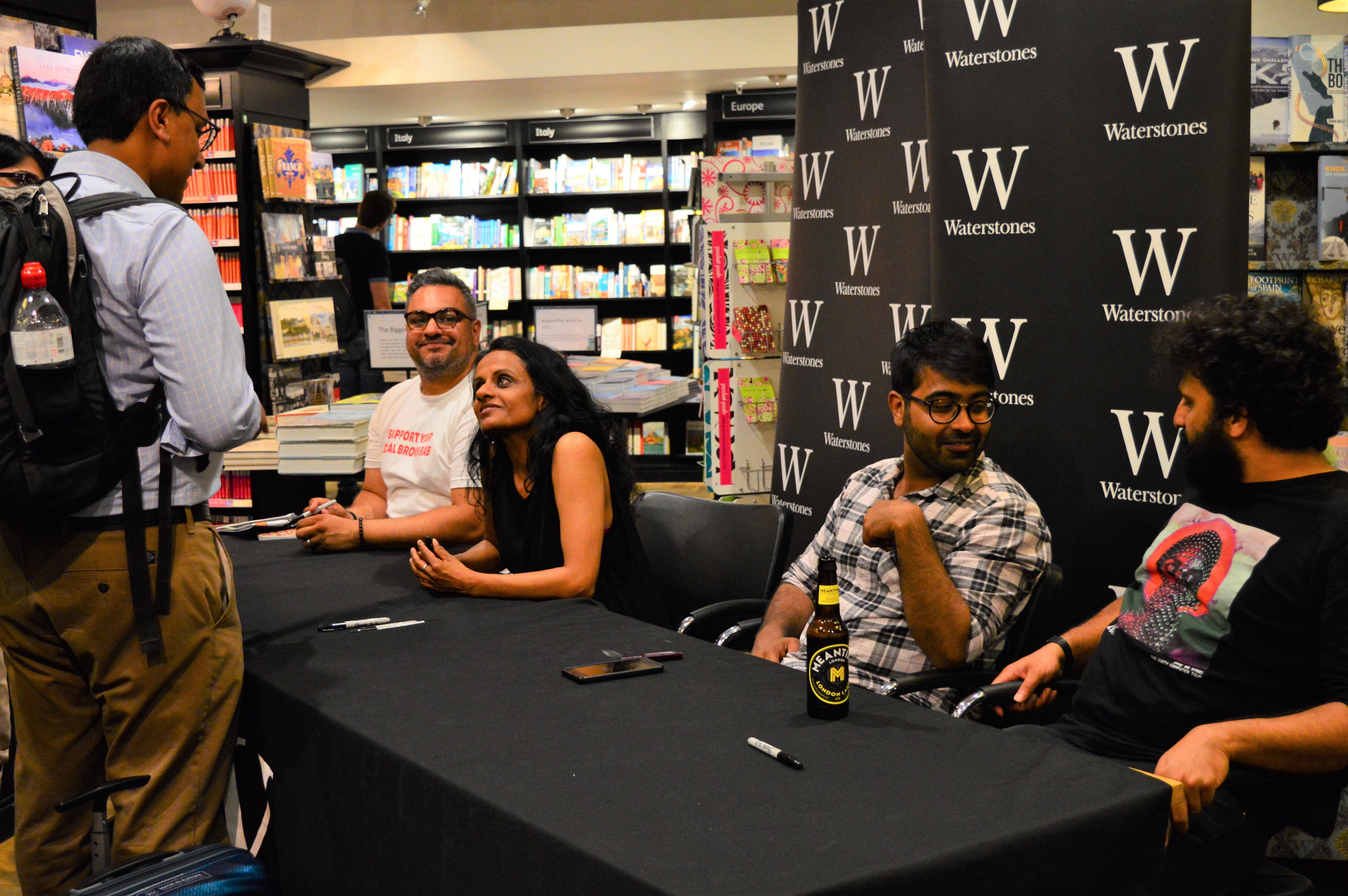 These examples may be exceptions rather than the norm, but they point to an important strand in the evening’s discussion: that the celebration of civility as a marker of English imperial power did not go unquestioned or uncontested. This has important implications for understanding the function of what we mean by civil debate today, and serves as a reminder that civility and politics are shaped by the multiplicity of voices at work within society. And as the whir of coffee grounds in the cafe at the book signing reminded us, the very idea of the ‘public sphere’ of political debate that emerged out of the seventeenth century took place around a distinctly non-English commodity: coffee, a ‘Mahometan’ drink, consumed in public spaces where new media and intelligence brought global affairs to public scrutiny. Critics lamented the ‘Heathenish Rules’ of new consumption that made the English ‘damn’d over Tea-Cups and Coffee’, but in doing so signalled the presence of other peoples and cultures in English sociability and political exchange.

You can follow threads about the TIDE/Runnymede parliament briefing on @ERC_TIDE and @Runnymede Trust, and read the migration report here.

Click here for Priyamvada Gopal’s related article in The Guardian from 6 July.