Join the award-winning author Nikesh Shukla (The Good Immigrant), comedians Robin Ince and Josie Long and researchers from the University of Liverpool’s TIDE project for a conversation about identity, humour, and Englishness.

Playing on differences of culture and language has long been a mainstay of British comedy and debates about national identity, from the writings of second-generation migrants living in Elizabethan England to Fawlty Towers. At the heart of it all is the question of voice.

Who has a right to express themselves? Who is prevented from doing so? How does the subversive nature of comedy give space to these debates? Accents become battlegrounds for a range of social, cultural, and political concerns, magnified by innovations in social media from the first printing presses to Twitter.

Come along and revel in comedy's recklessness, power, and ability to probe our sense of belonging and identity, with some of the leading voices in comedy today. 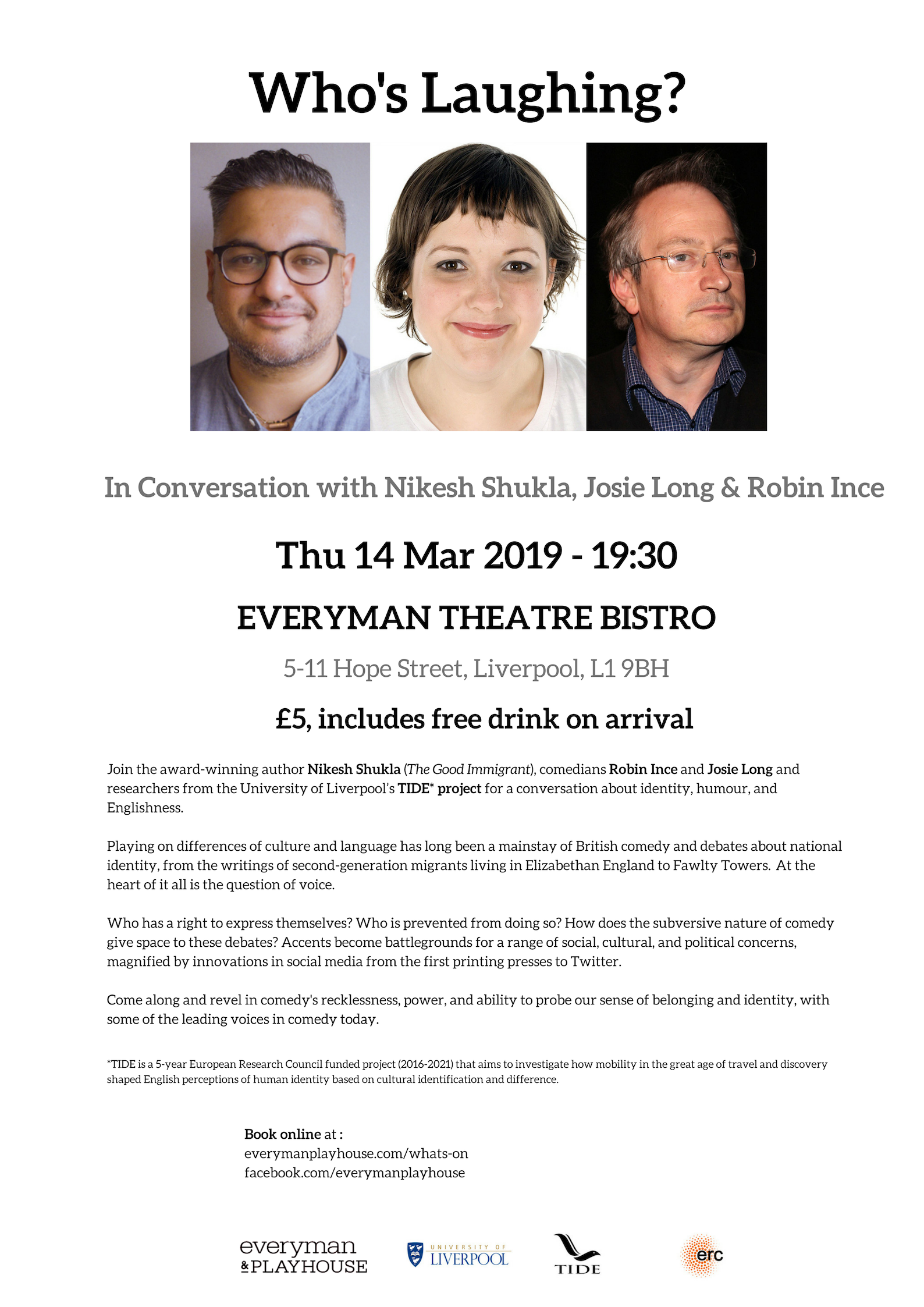